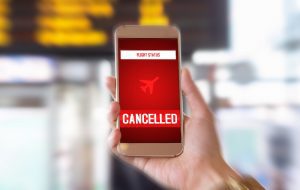 The major telecoms trade show of the year has seen officially called off due to concerns surrounding the coronavirus outbreak.

It had seemed like just a matter of time since mobile networking vendor Ericsson decided not to take the risk last week. When its competitor Nokia, along with a bunch of major European operators, decided to follow suit earlier today, that really was game over.

“With due regard to the safe and healthy environment in Barcelona and the host country today, the GSMA has cancelled MWC Barcelona 2020 because the global concern regarding the coronavirus outbreak, travel concern and other circumstances, make it impossible for the GSMA to hold the event,” said John Hoffman, CEO of GSMA Limited, in a published statement.

“The Host City Parties respect and understand this decision. The GSMA and the Host City Parties will continue to be working in unison and supporting each other for MWC Barcelona 2021 and future editions. Our sympathies at this time are with those affected in China, and all around the world.”

All that talk of Host City Parties is probably in reference to the core issue that had presumably caused the GSMA to delay the inevitable – liability. Many reports indicated the GSMA was desperately lobbying the Spanish government to declare a health emergency, which in turn would absolve it of blame when it came to cancelling the event. This will have made the difference between the GSMA having to swallow nearly all of the cost and lost revenue from cancellation, and being able to claim a large proportion of it back from its insurers.

MWC week is going to feel very strange for everyone in the telecoms industry since the show has run uninterrupted for 30 years. A lot of people are going to be at a loose end and it wouldn’t be surprising to see bands of besuited telecoms execs roaming the streets of London in a forlorn attempt to get some return, however small, on their MWC investments. Never mind, there’s always next year.