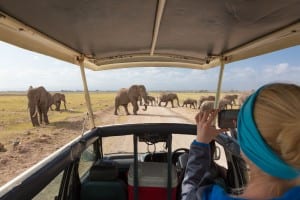 Orange has announced it has opened its new headquarters for the Africa and Middle-East region in Casablanca Finance City Tower in Morocco.

The Africa and Middle has been gradually offered more autonomy as a unit since 2015 and opening a headquarters on the continent is as much a symbolic gesture of this trend continuing. With 125 million customers across the region already, Orange is certainly making progress in an often challenging market.

“Orange is one of the rare international groups to have made the strategic choice, 20 years ago, to seek to develop in Africa and the Middle East,” said Group CEO Stephane Richard.

“We have always been convinced of the immense potential of this continent. In many ways, it can be seen as a model for digital transformation; mobile money is a great example of this.

“One of the key success factors behind new services is to develop them in Africa so that they are adapted to specific local requirements and so meet the needs of our customers. That is why we have decided to organise the management of our business in Africa and the Middle East from within the region directly from the African continent.”

While many telcos have desires to cash-in on the under-developed markets around the world, few have made as obvious a success of the ambition as Orange in Africa.

Looking at the most recent financial figures, revenues for the Africa and Middle-East business rose 7.6% for the third quarter of 2019, bringing in €1.447 billion. For the first nine months of 2019, revenues across the unit accounted for €4.185 billion. Orange now has 22.5 million 4G customers across the region, up 49% year-on-year, while a third of 44m Orange Money customers are active.

Looking forward, the prospects are looking very favourable for Orange. The team has launched 4G in 17 markets, while investing €1 billion in the networks across the year will certainly see some new developments. The team is also heavily targeting the agricultural industry with IOT services, hoping to increase revenues between 10-30% on average.

Looking at the Engage 2025 strategy, Africa and the Middle-East has been highlighted as the most significant growth engine for the business. This is potentially a very lucrative region for the telco which has laid the groundwork in recent years to realise its ambition of being the ‘reference digital operator’ in the region.