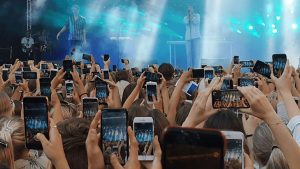 After launching its assault on the premium market in November, MediaTek has unveiled its Dimensity 800 Series 5G chipset for mid-tier devices.

The 5G euphoria is of course very exciting, or at least we have been told to be enthralled, but in reality, it means next to nothing without the devices to connect the data-frenzied consumer to the freakishly-fast digital super-highway. MediaTek’s announcement is a step in the right direction.

Announced at the Consumer Electronics Show (CES) in Las Vegas, the Dimensity 800 Series 5G chipset is MediaTek’s answer to the Qualcomm Snapdragon 765; a product for mid-tier smartphones, the segment critical to fuelling mass market adoption in the 5G world.

“MediaTek already launched its flagship 5G smartphone solution, the Dimensity 1000, and with the 800 series 5G chipset family, we are bringing 5G to the mid-tier and mass market,” said TL Lee, head of MediaTek’s wireless business unit.

“Everyone should have access to great technology. The Dimensity 800 Series will power the New Premium segment for 5G, bringing consumers flagship smartphone features and performance at midrange price points.”

While most people in the developed markets would turn their nose up at the prospect of buying a mid-tier smartphone, such are the eye-watering prices of today’s 5G-compatible smartphones, few would consider the small loan which would be needed to purchase one. 5G compatible, mid-tier devices will be crucially important in fuelling momentum towards mass-market adoption of 5G smartphones.

The chipset supports two carrier aggregation for, what MediaTek claims offers, 30% wider high-speed layer coverage and improved handover, as well as both stand alone and non-standalone sub-6 GHz connectivity. Four big Arm Cortex-A76 cores operating up to 2 GHz, have been paired with four power-efficient Arm Cortex-A55 cores operating at up to 2 GHz to improve performance for intensive applications such as mobile gaming.

While this chipset might not have the horsepower of the flagship Dimensity 1000 Series, it is not supposed to. This is a product which is designed to accelerate the launch of devices in the mid-tier market, a critical area to drive through widespread adoption of 5G data connectivity.

Airbus tells quantum-computing developers what it needs from the technology