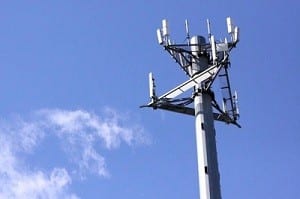 Iliad has confirmed the sale of its tower businesses in France and Italy to European infrastructure giant Cellnex.

As part of the deal, a 70% stake of the tower infrastructure unit in France will be sold to Cellnex, while 100% of the Italian tower unit will be off-loaded. Heading the other direction will be €2 billion, a useful amount of cash as the 5G spending spree looms large on the horizon for Iliad.

Although this deal has been in the works for some time, it demonstrates an increasingly popular trend around the world. Telcos need cash for 5G and fibre upgrades, and tower businesses have been deemed as surplus assets. Vodafone, Reliance Jio, Telefonica and Altice Portugal are all companies who are using the passive infrastructure assets as a means to raise cash, and we suspect the trend will become more apparent through 2020.

What remains to be seen is whether the divestment in fixed, dependable assets will be in the future? Without owning the passive infrastructure, these telcos become tenants. Could this be considered a short-sighted move?

Iliad is a firm which needs to ease some pressure on executives and perhaps this is one way in which is can achieve this. Share price has marginally increased off the back of this announcement, though it is still 50% down on the price in May 2017. The company is also harbouring considerable debt, which needs to be addressed sooner rather than later.

For Cellnex, this is just business as usual. The sites acquired from Iliad adds to the 1,500 purchased from Orange in Spain earlier this month, as the infrastructure giant benefits from the telcos woes. Owning passive infrastructure might not be the most exciting business in the world, but it is very profitable.

Passive infrastructure is a long-term investment which will never stop paying off (highly unlikely anyway). Radio antennae will have to be placed somewhere after all, and networks are only going to become denser, increasing the demand for passive infrastructure. While the wallets are strained for the telcos, it could prove to be a very profitable period for the infrastructure companies who will accept the valuable assets without hesitation.

Siemens and Google Cloud come together for AI-flavoured manufacturing cloud

What Is a DDoS Attack and How to Stay Safe from Malicious Traffic Schemes...