Home AI Scaling Your Automation? Why You Need Small Sprints Alongside Big Transformations 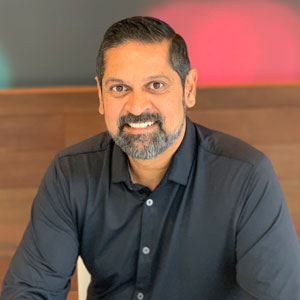 For many years, automation had generally been seen as a “lights on” or “table stakes” discussion. That all changed a few years ago when business leaders realized automation’s potential to drive strategic decisions and impact productivity growth. Today, strategically embracing emerging technology and automation is no longer a nice-to-have, but a must have. A recent survey found 84% of business leaders believe they need to scale up automation by 2022 to stay competitive.

Although investing in automation is already top of mind for business leaders, many struggle with subsequent steps, including scaling, strategy and employee buy-in. To see the most growth and return on investment, businesses need to embrace the combined power of big and small – running automation sprints alongside bigger automation projects – all while ensuring their people are on board with the automation journey.

When most business leaders think about automation, traditional IT initiatives, Enterprise Resource Planning (ERP) and backbone applications come to mind. While crucial to any strategic automation plan, it often takes years to see the return on investment from larger-scale automation projects due to large budgets and longer timelines.

By 2022, the companies that will be winning the automation race will be using a combination of big and small automation, powered by strong support from their people​

And while big automation is necessary for any plan to scale automation, an optimal, successful automation strategy requires additional tactics.

Small automation requires much less initial investment but packs a potentially high pay off, especially if several functions are automated simultaneously. For example ,a global food and beverage company saw a big payoff through simultaneous small automation across their sales department, finance department and supply chain. Using technology like machine learning, the company implemented an integrated planning and forecasting process to simultaneously de-risk their big automation effort while achieving results from automation right away. When implementing small automation, the first step is to identify the problems that need solving and processes that need refining. An easy way to find and weigh these areas, and their potential payoff, is by using a diagnostic tool, such as automation diagnostic, against the core systems data.

Despite the clear benefits, only23% of business leaders are using a combination of big ERP and small automation sprints. This is a missed opportunity, as a combined approach allows for better process optimization and decreased risk. With big automation, core platforms enable standardization and control while small automation solutions can reveal new insights about how employees work and what tasks need to be automated in order to see the biggest productivity boost.

I recently worked with one industrial products company that was able to combine big automation with small automation to see a boost in productivity. The company was in the middle of an ERP transformation, which presented a natural opportunity to improve processes through small automation. The company was weighing updating its core platform and wanted to create efficiencies by automating payment processing, but choosing and implementing a platform was time consuming and required input from many stakeholders. Leaders realized they could use small automation to automate their vendor inquiries and requests from customers. Ultimately, the company automated about 70% of their payments, resulting in an instant benefit without a significant investment in either time or money. Updates to the company’s core platform were still necessary, but in the meantime the company was able to solve the payments pain point.

Success in an automation journey is dependent on combining both big and small automation, but business leaders must evaluate their company culture as well to ensure that employees are on board with new technologies and have an opportunity to learn new skills.

Many employees are concerned that an increase in automation will result in job losses, but my experience suggests many of the tasks being automated are tedious activities, such as spending half the day pulling and loading data. When implementing automation at scale, it’s crucial to highlight to employees the benefits increased automation will bring.

Seventy-five percent of automation early adopters say employee satisfaction will actually increase with further automation. These companies predict they will see high levels of satisfaction because they are serious about giving their people tools to do their jobs better. A majority of employees are on board as well –77% of adults say they would learn new skills or completely retrain to improve their future employability.

The companies that are getting upskilling and automation right are empowering their people to work alongside AI specialists and to automate some of their own task level work. Employees can opt-in to training and experiment with how automation can improve their own jobs. And by incentivizing automation development, employee excitement will only increase. Rewards can range from simple recognition of achievements to paying bonuses for automations adopted by others. By giving employees the agency to automate their own work—and rewarding them for it—they will likely be more supportive of their company’s automation journey.

By 2022, the companies that will be winning the automation race will be using a combination of big and small automation, powered by strong support from their people. Big automation can transform the business in the long term, while small automation achieves near term results, but this can’t be a top down approach. For maximum return on investment and overall satisfaction, companies must empower, and reward, their people to play an active role in implementing new technologies.

The Open Cybersecurity Alliance – Building for the Future

Now You Can Use Flipgrid to Make Screencast Videos